Race report oh my god, what did you eat 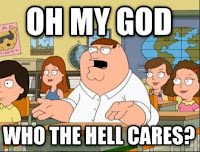 I'm not the type to type-up a race report.  I figure 'oh my god, who the hell cares?'  What steps I took / where won't change anybody's life.   But serious thanks to Peter Maksimow for coaching me (on short notice) to get me through a 50+miler as it has been a while since I've ran that distance!

But my race nutrition plan might be of interest to a few.  During my racing am I Practicing what I preach?
Important definition: 'hitting the wall' = the inability to switch from carb-fueling to fat-fueling while in motion.  By fat-fueling, I mean the fat stored in your body.  No matter how thin you seem, you have days of fuel right there.  Being able to access it is a use it / lose it skill.  A carb dependent athlete has a poorly developed ability to mobilize and metabolize their own body fat and use it as a fuel.

My goal over the past couple of years is to become 'fat-adapted'.  This does not mean always living in ketosis or fueling my runs with fats.  What is does mean: I'm not dependent on a solely carbohydrate-based fuel while running.  I can switch fuel sources on the fly.

In Dr Jeff Volek's yet unreleased FASTER Study (FASTER=Fat-Adapted-Substrate oxidation in-Trained-Elite-Runners) to look at the physiological differences between elite male ultra-marathon runners with one cohort following a conventional high carbohydrate diet and the other following a low carb/fat-adapted strategy.  One qualitative finding for high performance is all participants got much faster (surge of energy) when they took in a simple sugar source of calories.  Everyone responded to Gels like rocket fuel.  Difference being, carb-adapted athlete needs these gels in an IV bag.

Most every dietitian I have met will tell me that the body needs sugar (carbs) for energy. Well let's see if the basic arithmetic supports this.

I store between 1200 and 2000 calories in my muscles and liver if those stores are tapped off.  I ingested 500kcals during the race.  I had a breakfast out of a styrofoam left over box, some mushrooms (no, not THAT kind), cheese sticks, little slab of chicken: 300 kcals.

Hmmm, where's the energy balance?  Ans: Those 5000 missing cals came from my own fat. The source of my exogenous 500 kcals:

How to get fat adapted? Ans: Eat a lower carb diet normally, practice intermittent fasting, narrow your eating window most days, run without fueling, run fasted on occasion.  You'll soon realize, many of the pangs of hunger you feel are habit, food addiction, small alien fetus growing inside you.

Anyway(s), I had a fun low-intensity race, and here's some random pics blah blah race report....