The Winter of Scarcity that Never Comes

This is my hypothesis: 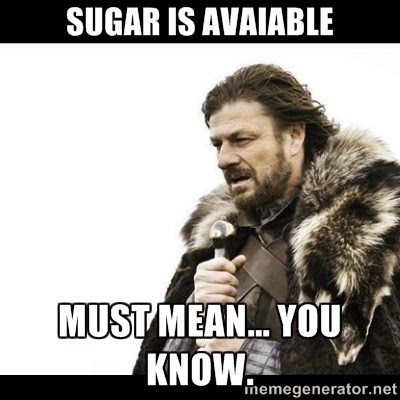 Our distant ancestors had access only to berries in the late summer.  We consumed them and they were sweet which gave us a reward in our pleasure centers of our brains.  We ate them specifically to gain weight for the upcoming winter.  A food intended to fatten us up should NOT have a satiating trigger, that would defeat the purpose.

Fast forward to today, sweet is available all the time.  Still no satiety trigger.  We are constantly fattening for a 'winter' of scarcity that never comes.

If only there was a controlled way to test this... for example:

<40 teaspoons of sugar?? "to match averages." What did he do, just shoveled sugar in his mouth? Not exactly.>
These are highlights taken from this news Article: "Man eats sugar-heavy diet for 60 days, receives shocking diagnosis"  (stupid click bait title, must be the new norm')