A book that just climbed my priority reading list!  "Lone Survivors" (I like that, 'lone' - yet plural), a new book in which British anthropologist Christopher Stringer reports that some Homo sapiens wore shoes as early as 40,000 years ago.Yet the 'Well blog' reported last year, however, "anecdotal evidence has mounted that some runners, after kicking off their shoes, have wound up hobbled by newly acquired injuries. These maladies, instead of being prevented by barefoot running, seem to have been induced by it."  they prove that bad running form is injurious regardless of the shoes(or lack)
It's really a case for minimal footwear, Daniel Lieberman says: "For most of human evolutionary history, runners were either barefoot or wore minimal footwear such as sandals or moccasins with smaller heels and little cushioning relative to modern running shoes."
Stringer explains that the degree of robustness in toe bones allows experts to distinguish from the condition of skeletal material whether people wore shoes or went barefoot during their lives. Skeletons from 40,000 years ago at Tianyuan, China, and also 28,000 years ago from Sungir, Russia, clearly bear on their bones the marks of shoe-wearing.

Posted by Unknown at 2:43 PM No comments:

Couple of shoe reviews for you

A couple less popular brands, but maybe they should be more popular.  I've spoken with the people at Kigo, and I feel they have plenty of energy and a good understanding of what minimalist runners are looking for.  Enjoy. 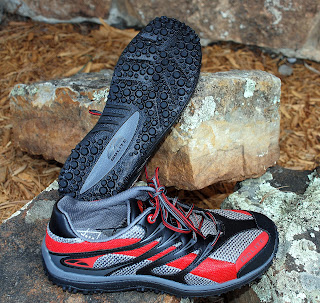